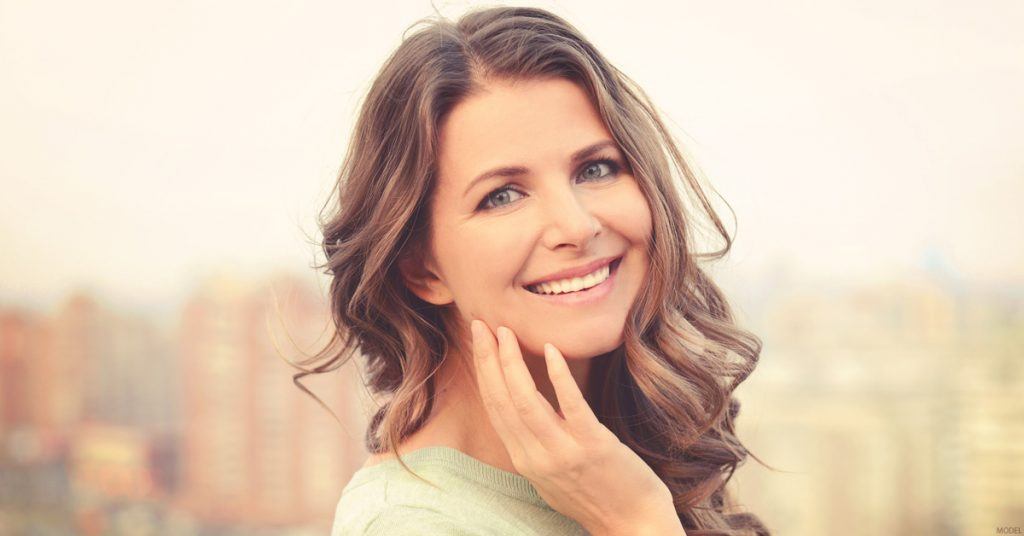 For those of us lucky enough to grow old, the physical outcomes of aging can be distressing and difficult to accept. This is especially true if you generally feel healthy, vibrant, and youthful. When your external appearance doesn’t match your internal feelings, it can be difficult to watch lines set in and your features droop. Many people who consider a surgical facelift here in Montreal struggle with the question of “when.” When is the best age to undergo surgery—when will it yield the most meaningful, long-lasting results?

The answer isn’t as simple as one might hope. There is no perfect age when facelift surgery becomes ideal. Instead, it’s almost entirely based on the level of facial aging that’s present. Because every person ages differently, some may be “ready” for facelift surgery by their mid-40s, while others feel comfortable delaying the surgery until their 60s. Typically, I look for the following symptoms to determine a patient’s eligibility for the surgery:

Today’s Facelift: Worth Waiting For

Throughout the last few years, the accepted techniques for facelift surgery have made incredible strides. Previously, a facelift was achieved by a rather crude, superficial stretching of the skin. Although this approach achieved its desired result of smoothing away lines and wrinkles, it often left behind a very artificial “stretched” look. Additionally, the results simply didn’t last very long.

Today’s facelift techniques have been highly refined to improve the position of the deeper layers of facial tissue, lifting the muscle and skin as a single unit. In addition to reducing the look of wrinkles, this method lifts the muscles to a more youthful position and creates a much longer lasting outcome.

When performed on an eligible candidate by an experienced surgeon, this approach to facelift preserves the unique character of the face, taking off the years but leaving behind a natural look.

An additional option that’s preferred by many of my patients is combining surgeries for more comprehensive results. This approach is relatively straightforward. By performing more than one facial rejuvenation procedure during the surgery, I can address multiple concerns at once.

Combining procedures also has the added benefit of reduced overall cost. Undergoing a single surgery rather than multiple surgeries spaced out over a number of weeks costs less money and saves time, too. Popular combinations include:

My approaches to facelift surgery are as unique as the faces I operate on. Wherever you are on the spectrum of facial aging, I strive to meet you there, creating solutions that precisely address your needs.

A few years ago, writer and humorist Nora Ephron wrote a book entitled, I Feel Bad About My Neck, in which she observed that women should begin neck coverage by age 43 because all the makeup and BOTOX COSMETIC® in the world is useless when a woman’s neck shows the signs of aging. She said, “Our faces are lies and our necks are the truth. You have to cut open a redwood tree to see how old it is, but you wouldn’t if it had a neck.” 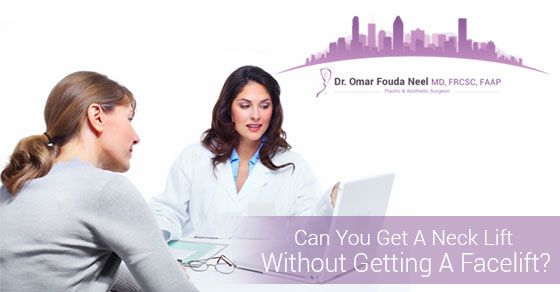 The neck and the signs of aging

Ephron has a point. The neck area is often neglected in the many preventative, anti-aging creams and treatments that are liberally applied to the face. However, this area is one of the first places where signs of age start to appear. So, when it comes to cosmetic surgery, some people may feel that they are not ready for a full facelift, but want to have something done about the visible wrinkling of the neck skin, the double chin or a “turkey wattle,” or jowl lines.

A neck lift is a surgical procedure that makes the neck slimmer and younger looking. Basically, the procedure lifts sagging or loose skin, removes neck fat and double chin fat, and tightens the lax neck muscles. It is a fairly straightforward procedure that lasts somewhere between two and three hours, with either a sedative, local anesthesia, or general anesthesia, depending on the patient’s and surgeon’s preference.

Why is a neck lift usually done in conjunction with a facelift?

When this is the case, the surgeon makes an incision under the chin or an incision that runs along the lower part of the front of the ear, going behind it into the hairline, or a combination of both. Depending on which technique is used, the muscles of the neck can be tightened at either the center or at the sides.

Doing a neck lift independent of a facelift

While there are benefits in having both procedures done at the same time (i.e. saving on the overall cost of surgery and going through recovery one time), many people achieve a very youthful look with a neck lift alone. Patients that get the best results from a neck lift alone are those who have lax muscles of the neck, especially in the middle, but do not have very visible jowls.

A neck lift alone can also deliver less visible and more natural-looking results – the patient usually looks like they just lost weight or had a relaxing vacation, so it is hardly noticeable that any cosmetic work had been done.

If you’re looking for a subtle change that will greatly improve your overall appearance, talk to Dr. Fouda Neel about getting a neck lift today!